Every day we are faced with choices in our careers that will affect us over the long term. Should I volunteer for that new project? Should I ask for a raise? Should I take a sabbatical? Should I say yes to overtime?

But sometimes we miss the biggest choices that will cause us to look back on our careers 20 years from now with pride and contentment — or regret.

Here are some of the career choices we often make but will regret deeply in 20 years’ time:

Pretending to be something you’re not.

Making decisions based only on money.

Whether we’re talking about your personal salary or your project’s budget, making decisions solely based on money is almost never a good idea. Sure, it’s important to run the numbers, but there are dozens of other factors — including your gut feeling — you’ll want to take into account.

Thinking you can change something about the job.

Much like a relationship, if you go into a job thinking, “This would be the perfect job, if only…” that’s a red flag. Chances are, unless you’re taking a leadership, C-level position, you aren’t going to be able to change things that are fundamentally wrong.

You’ve got an OK job, with an OK salary, and OK benefits, but what you really want is… You’re not doing yourself any favors settling for something that is just OK. Believe in yourself enough to go after what you deserve, whether it’s a new position, a pay rise, or an opportunity.

You might think you have to work that much — because it’s expected, because you need the money, because you want to look good to your boss — but no one reaches their deathbed and says, “Gosh, I wish I’d spent more time working.”

Being successful at your career means surrounding yourself with supportive people — and often, those people aren’t your coworkers or employees, they’re your friends and family. Ruin those relationships and you may find your career success just doesn’t matter as much.

This applies to your team and employees, but also to life in general. If you micromanage everything instead of sometimes just letting life happen, you’ll find yourself constantly battling anxiety and overwhelm.

If you’re actively avoiding making mistakes in your career, then you’re not taking risks. And while you may keep up the status quo, you won’t be rewarded, either. Take the risk. Make the mistake. Own it and learn from it.

Thinking only of yourself.

The best networking strategy you can possibly have is to actively look for opportunities to help others. If you’re always putting yourself and your needs first, you’ll find you don’t get very far.

Not valuing your own happiness.

It’s a sad truth that people often believe they can put off happiness until later, but sometimes later doesn’t come. Prioritize being happy today. That might mean switching jobs, or it might just mean choosing to be happier with the job you’ve got.

What do you think are the biggest career choices people regret? As always, I’d love to hear your ideas and stories in the comments below. 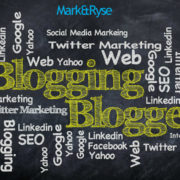 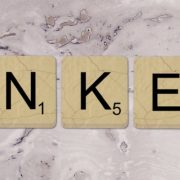 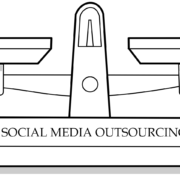 How to hire when everyone wants to found their own startup