March
Yu was bought-out by Safaricom and Airtel.

April
Safaricom discontinued the unlimited internet bundle citing overuse of the service by a few users who would stretch the service to the limit, leaving the rest of the users to share a limited service.
The Heartbleed bug affected the security of thousands of websites, leaving them vulnerable to data leaks and scaring the crap out of Internet security experts.
Microsoft bought Nokia.

May
Former Prime Minister – Raila Odinga was away in Boston for 3 months. A lot happened while he was away and Kenyans on Twitter did what they do best, they got the hashtag #BabaWhileYouWereAway trending.
eBay got hacked.
Safaricom announced the discontinuing of the 1000 Kshs postpaid plan.

August
This Ice Bucket Challenge went viral, inspiring tech executives and celebrities to dump icy-cold water over their heads to raise money and bring awareness to the fight against amyotrophic lateral sclerosis (ALS). Sadly, some of the challenges went a little too far, ending in at least one tragic death.

November
#StopTheDrunkPresident was one of the top trends on Twitter.

December
Sony got hacked, but still released the movie, The Interview.
Twitter went down for about 5 hours on Sunday 28th December. Tweetdeck users were hit with a different issue whereby all tweets were dated one year into the future. 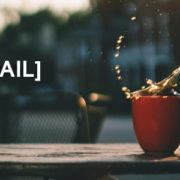